Today marked the beginning of a 4-month election period, during which Burundians will elect their representatives at the municipal, presidential, legislative, senatorial and local levels. I had the chance to be involved in observing the process, so I followed a local NGO as they visited small localities in the rural area of Bujumbura.

The weeks that led to this first round of elections have been marked with a few tensions between members of political parties, sometimes involving intimidation, even violence. Many Burundians have confessed that they feel nervous about the outcome of the vote.

But today, as we went from one village to the next, entering polling stations (often located in schools), greeting staff and observing the process, the atmosphere was rather relaxed. In order to ensure transparency and peace, members of various civil society groups, local NGOs, churches, political parties as well as the international community had been invited to sit in polling stations so that they are satisfied that everything will go according to plan. 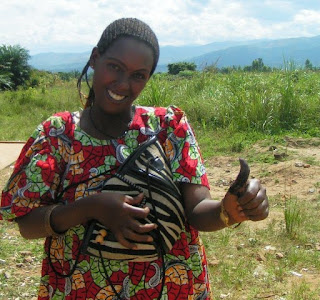 women came in force to vote

And generally things went well. Massive numbers of people arrived early in the morning and patiently queued, until they presented their registration card, received the bulletins (between 12-17 depending on the district) for each party and 2 envelopes (one for the party of their choice, the second for the discarded papers), made their choice in the voting booths, and finally dipped their left-hand thumb in an ink bottle as a proof that they had voted.

Meanwhile back in Bujumbura, headquarters of local associations and the Independent Electoral Commission, were receiving regular reports from their observers present in each locality. Obviously, a few irregularities have been noted, such as an insufficient number of bulletins, or political representatives spotted giving a “helping hand” to officials to distribute bulletins, or voting booths out in the open for everyone to see next to a waiting line of people. In one district, one local councillor was caught in the possession of several electoral cards. In another, an old lady was found sneaking out of the voting station with the remaining bulletins. But all in all the day was thankfully peaceful.

Time will tell whether people will respect the outcome of the vote. But as they wait for the results, Burundians hope very much for the continuity of peace and stability in their country. 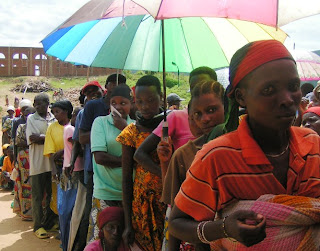 voting stations opened at 06:00 this morning 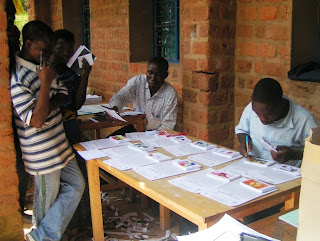 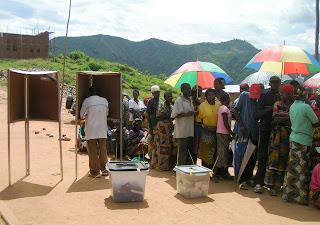 a voting booth - sometimes a bit too transparent? 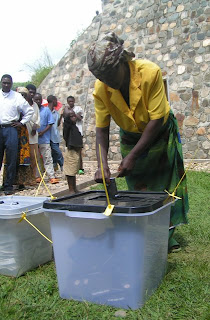 "your choice in the white envelope, the discarded bulletins in the black one" 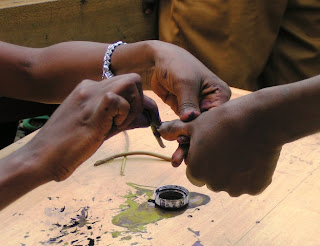 the seal of democracy

Posted by "Ginger Beer and Nile Special" at 9:18 AM